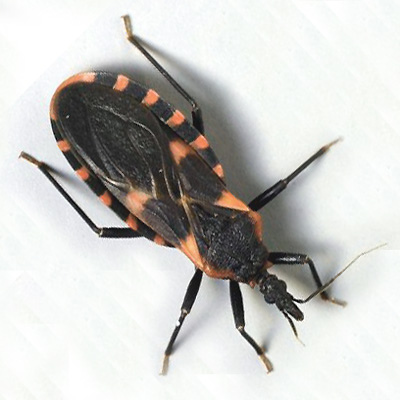 Chagas disease is caused by the parasite Trypanosoma cruzi, which is transmitted to animals and people by an insect called a triatomine bug. Infection is most commonly acquired through contact with the feces of an infected triatomine bug (or "kissing bug"), a blood-sucking insect that feeds on humans and animals.

Triatomine bugs are found only in the Americas (mainly, in rural areas of Latin America where poverty is widespread). Chagas disease has been found both in triatomine bugs and humans in Arkansas.

It is estimated that as many as 8 million people in Mexico, Central America, and South America have Chagas disease, most of whom do not know they are infected. If untreated, infection is lifelong and can be life threatening. CDC estimates that more than 300,000 persons with Trypanosoma cruzi infection live in the United States. Most people with Chagas disease in the United States acquired their infections in endemic countries. Although there are triatomine bugs in the U.S., only rare vectorborne cases of Chagas disease have been documented.

People can become infected in various ways. In Chagas disease-endemic areas, the main way is through vectorborne transmission. The insect vectors are blood-sucking bugs that get infected themselves by biting an infected animal or person. Once infected, the 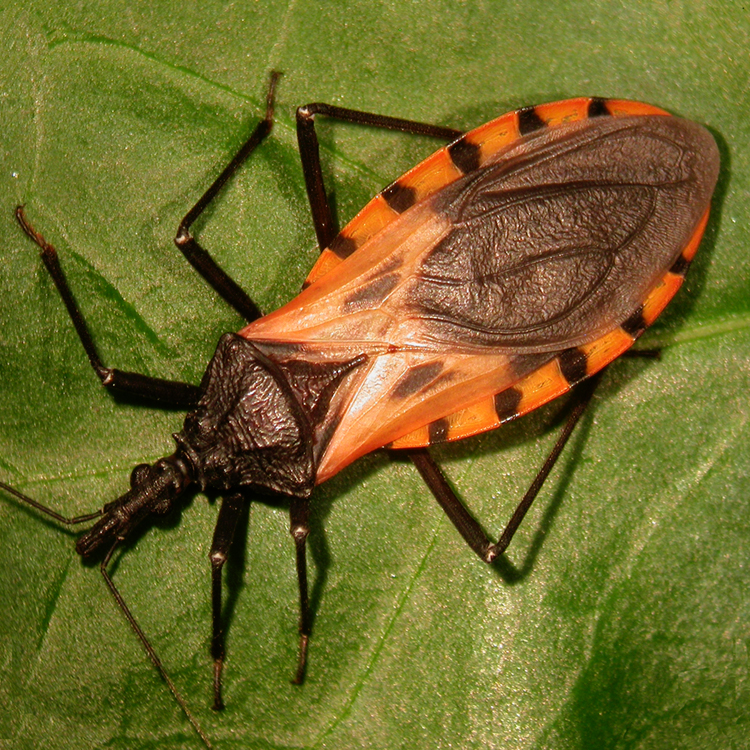 bugs pass T. cruzi parasites in their feces. The bugs are found in houses made from materials such as mud, adobe, straw, and palm thatch. During the day, the bugs hide in crevices in the walls and roofs. During the night, when the inhabitants are sleeping, the bugs emerge. Because they tend to feed on people's faces, triatomine bugs are also known as "kissing bugs". After they bite and ingest blood, they defecate on the person. The person can become infected if T. cruzi parasites in the bug feces enter the body through mucous membranes or breaks in the skin. The unsuspecting, sleeping person may accidentally scratch or rub the feces into the bite wound, eyes, or mouth. People also can become infected through:

Chagas disease is not transmitted from person-to-person like a cold or the flu or through casual contact with infected people or animals.