Brucellosis is a bacterial disease, which may affect various organs of the body. The bacteria that causes this disease is primarily passed among animals such as sheep, goats, cattle, deer, pigs, dogs, and several other animals. Humans become infected after having contact with animals that are infected with Brucellosis. In Arkansas, and the rest of the United States, swine-associated brucellosis in humans is predominantly associated with exposure to infected feral swine (i.e., wild boar or wild hogs).

People of all ages who are exposed to the bacteria that cause the disease can get Brucellosis. It is more likely to be found in people associated with livestock. Brucellosis is not common in the United States.

What are the symptoms of Brucellosis?

Brucellosis can cause a wide range of symptoms that are similar to the flu and may include fever, sweats, headaches, back pains, and physical weakness. Severe infections of the nervous system or lining of the heart may occur. Brucellosis can also cause long-lasting or chronic symptoms that include recurrent fevers, joint pain, and fatigue or tiredness.

How is Brucellosis spread?

Brucellosis is spread to humans in one of three ways: by eating or drinking something that is contaminated with the germ that causes Brucellosis; by breathing the organism in, or by having the germ enter the body through an open wound.  Generally, the most 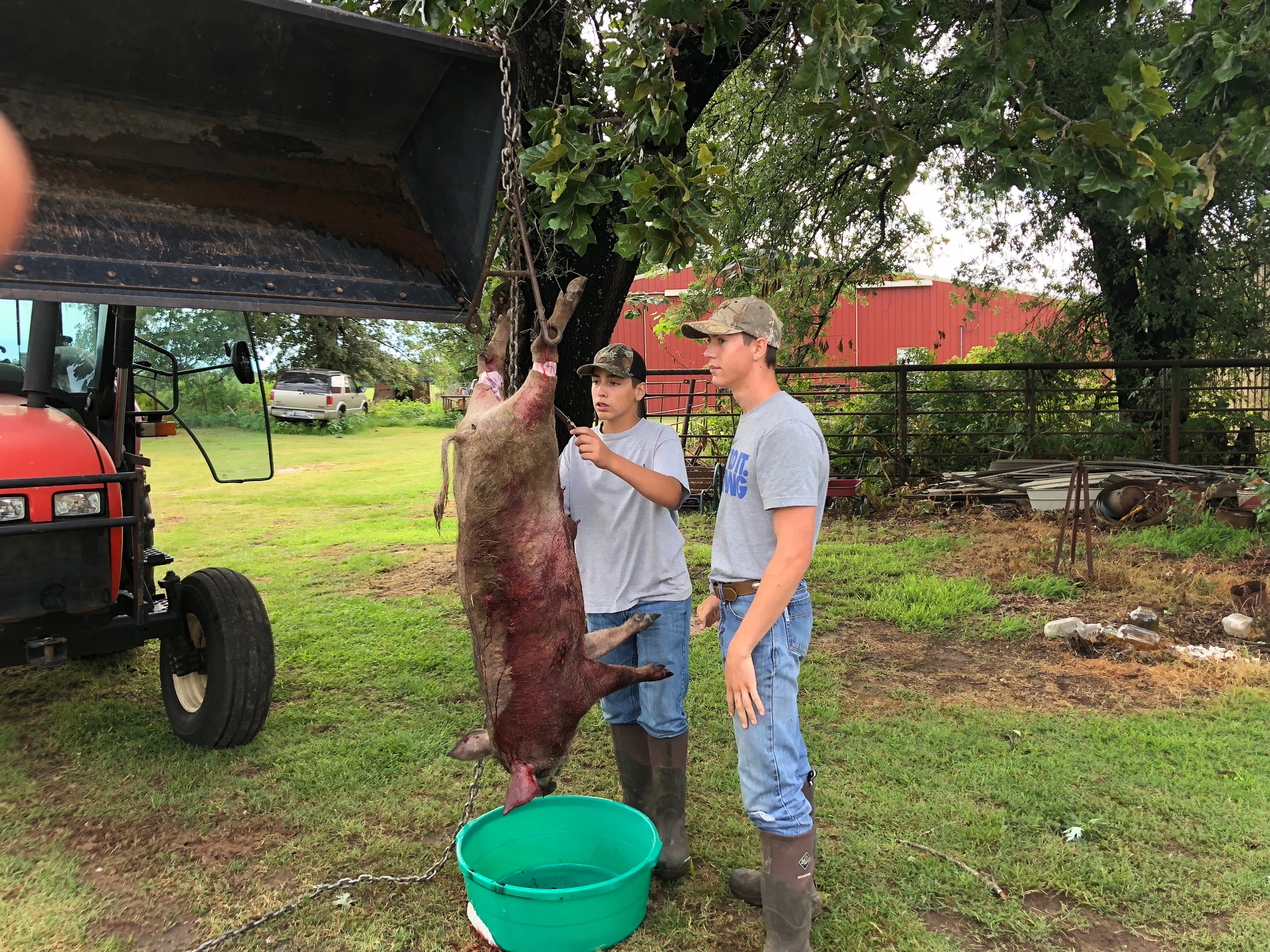 common way to become infected is by eating or drinking contaminated milk products. In Arkansas, people are infected most commonly by contact with blood, fluid or tissue while field dressing or butchering an infected feral hog.  People can also get brucellosis by eating undercooked meat from an infected hog.  Direct person-to-person spread is extremely rare.

How soon do symptoms appear?

The time period is highly variable, but the symptoms usually occur within five to sixty days after exposure.

Is a person with Brucellosis contagious?

Person-to-person spread is extremely rare. However, it has been reportedly spread through an infected mother’s breast milk to her infant and through sexual relations. Therefore, infected mothers should avoid breast-feeding their infants. Safe sex practices (the use of condoms) should always be practiced.

How is Brucellosis treated?

How common is Brucellosis in Arkansas?

Brucellosis infection is rare in Arkansas with only one or two cases per year.  One case was reported in 2017.  In 2016, three cases were reported.

How can Brucellosis be prevented?

Drinking and eating pasteurized products only can prevent Brucellosis. If you are not sure if the product has been pasteurized, then don’t eat or drink it. Hunters and herdsmen should use rubber gloves when handling dead animals. There currently is no vaccine for Brucellosis